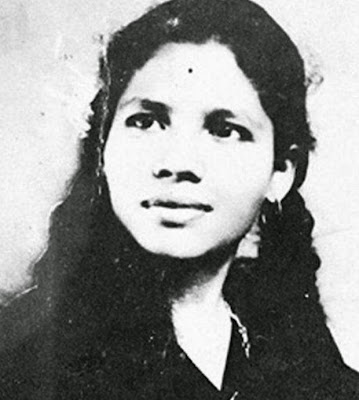 The King Edward Memorial hospital (KEM), Mumbai, where she joined as a junior nurse, kept and looked after, after the sexual assault made by one ward boy, on November 23rd, 1973.

Authr Pinki Virani wrote the story of Aruna shanbaug and in her book, "Aruna's Story'.

The author narrated the incident and the after’s as such,  “Sohanlal Bhartha Walmiki choked her with a dog chain before raping and robbing her, oxygen supply to parts of her brain was cut off, and she became bereft not only of the power of speech but of the power to express herself in any other way. She also became cortically blind, lost the use of her limbs and the control of her muscles, and suffered a kind of emotional disability, which is manifested in a inappropriate laughter and bouts of screaming. Her memory and most of her other mental faculties were also gone..” 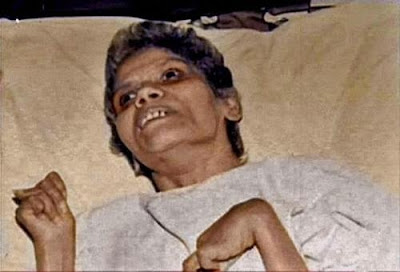 The petition filed by Author Pinki Virani to end the life support of Ms. Shanbaug to unbear her vegetative state, was rejected by the court in 1980, as the hospital and the nurses of the KEM hospital pledged to serve her till her death. It’s a humanitarian gift, as the court called the care given by the hospital staff as ‘Iconic’.

On that day of sexual assault, she was throttled with a dog chain and her vital nerves, which supply oxygen to the brain were cut off and there she plunged into the vegetative state.

Really it’s a wonder, when each new batch of student nurses came, they were introduced to her and told that she was one of them and continues to be one of them.

I appreciate their devotion to serve the severely sick with compassion and we can guess how many batches of nurses came in and moved out in these 42 long years. And taking her as one among them and let her live and die on her own, is a huge humanitarian task.

We salute them as they stand for their nobility in their profession. 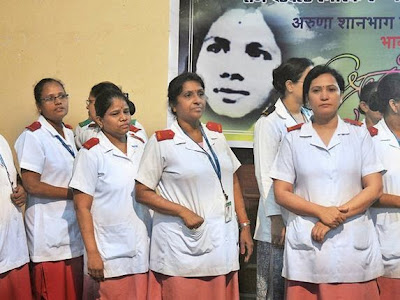