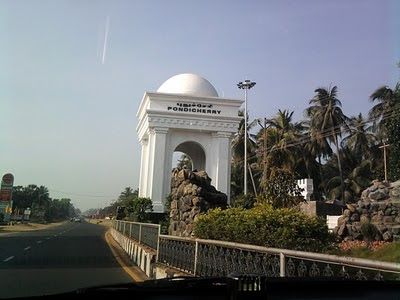 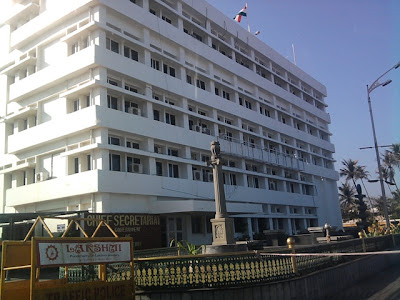 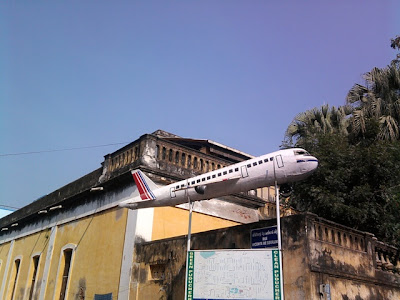 Pondicherry - Now it's called Puducheri(from 2006). It's a nice town. The morning sea breeze cools you a lot.We can notice the French influence all over the town. The White Town is purely of colonial style and the Black Town is of Indian style. Though the streets are all very narrow and short, they are very perpendicular and kept neat. Mostly the streets have their old colonial names and the sign boards are written in both Tamil and English (Rue Dumas: டுமாஸ் வீதி ).

The buildings are built in French architecture with long compounds and tall structures. Black Town consists of big bazaar, chinna market...Enjoy the breakfast in continental way - with toast, juice, plain omlette, sauce, cheese and fruits in any of the sea-side cafe.


The Romain Roland Library, The Mairie, Anantha Ranga Pillai Museum(a street is also named after him),Raj Niwas(Governor's Bungalow), Aurobindo Ashram are some of the heritage buildings of Puducheri. Aurobindo Ashram has its own calm and serenity. Sri Aurobindo shrine is thronged by people from all walks of life. Here the publication sells Sri Aurobindo and his mother's teachings, books of yoga and tales told by the Mother... so aesthetic I felt, I decided to visit the Auroville, which 10 kms from there, oneday. 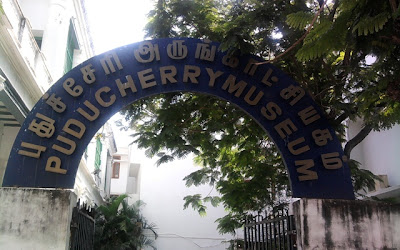 The puducheri museum is worth of seeing. There they have the old coins of french, Indian and other nations, large wooden treasury boxes, swords, cannon balls, wooden rifles and large(nearly 100 x 100 inch) mirror with sculpted floral designs, burial urns, sculptures, statues and pots excavated by the archaeological dept. in Arikamedu. There is one such World History Chart by R H Carling. It depicts the ancient( paleolithic, neolithic) periods and the civilizations marked up. I can't understand a single thing, but it is large,nice and neat chart to wow....

The Bharathi Park is an usual one but with a heritage monument in it. It's the structure that Napoleon III built in memory of 'Ayii' an woman who fought for the cause of villagers. The four path ways from the Ayii Mandapam comprise of statues and pruned trees in french style. 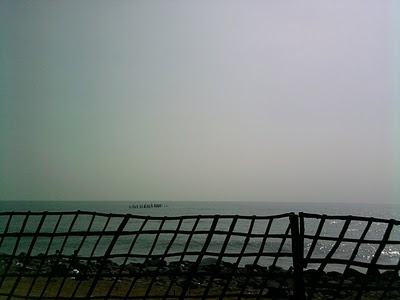 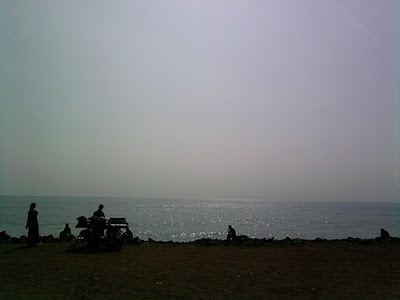 Beach with no sea shore but with...guess who stands there? Yes, Our Gandhi...Evening sun, the beach's long pathway like Kozhikode beach(I often wonder why our Marina beach hasn't have one), cool breeze all makes wonder in you...